Trici Venola explores Turkey, a fascinating and dynamic country at the crossroads where East meets West. As an independent artist, she arrived in Istanbul in 1999 after fifteen years in Los Angeles as a pioneer in the exploding computer art industry. She fell in love with Turkey, and in reaction to those years wrestling with the complexities of creating art on computers, she drew it with one drafting pen in a sketchbook. Her love affair with Istanbul involved a divorce, a catastrophic illness, a death, a broken heart and financial ruin. She moved here anyway and started over again from ground zero at the age of fifty. 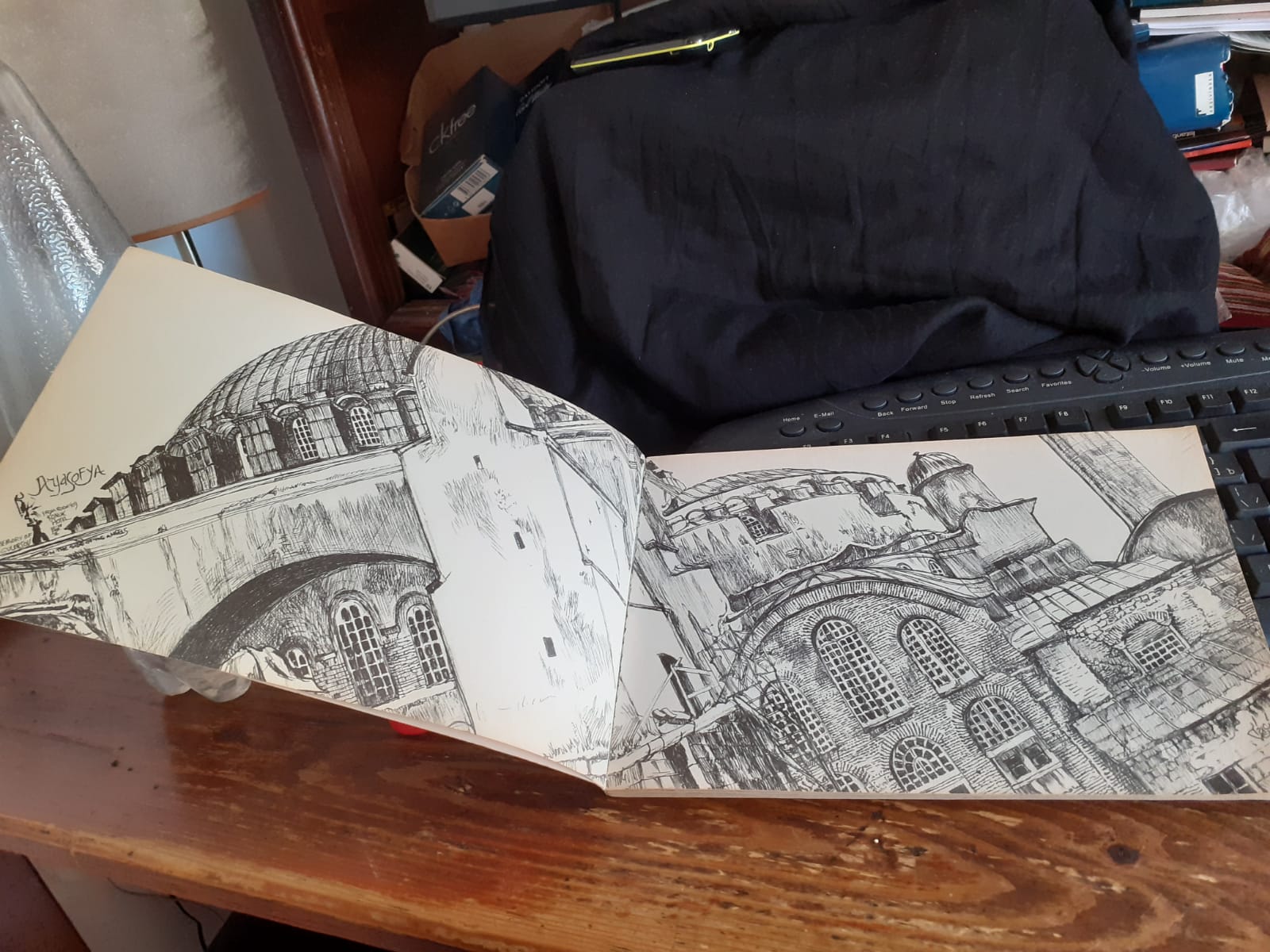 Trici learned to draw old stone and the people watching her do it. She learned about the Byzantines, the Ottomans, the Turks and ancient Anatolian civilizations. Trici started by celebrating this place and wound up documenting it before it changes forever. She does this through thousands of drawings of the people, architecture, history and culture of Turkey and its neighbors, ultimately crafting a giant multifaceted portrait of this place over the past twenty years. 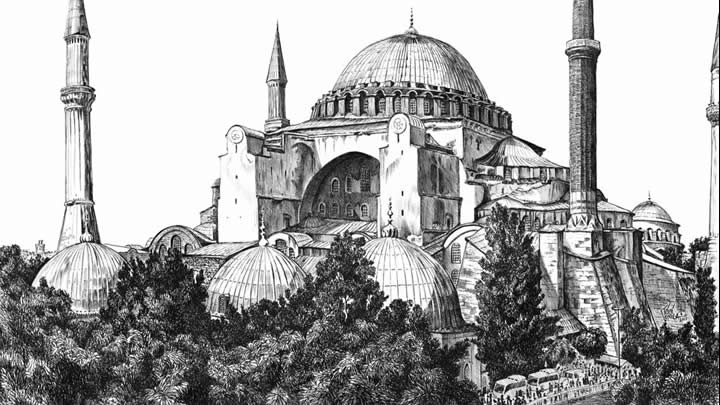 This website showcases Trici’s body of work, giving you the opportunity to take part in her ongoing exploration. Many of her thousands of drawings have been carefully curated and made available as high-resolution digital downloads. They are available for purchase at reasonable prices. These meticulously drawn works can be admired onscreen or professionally printed and framed. By buying one or more, you not only have a beautiful elegant and unique asset for to your home, office, or gift, you also become a patron of the arts by supporting the Drawing On Istanbul Project. And we thank you! 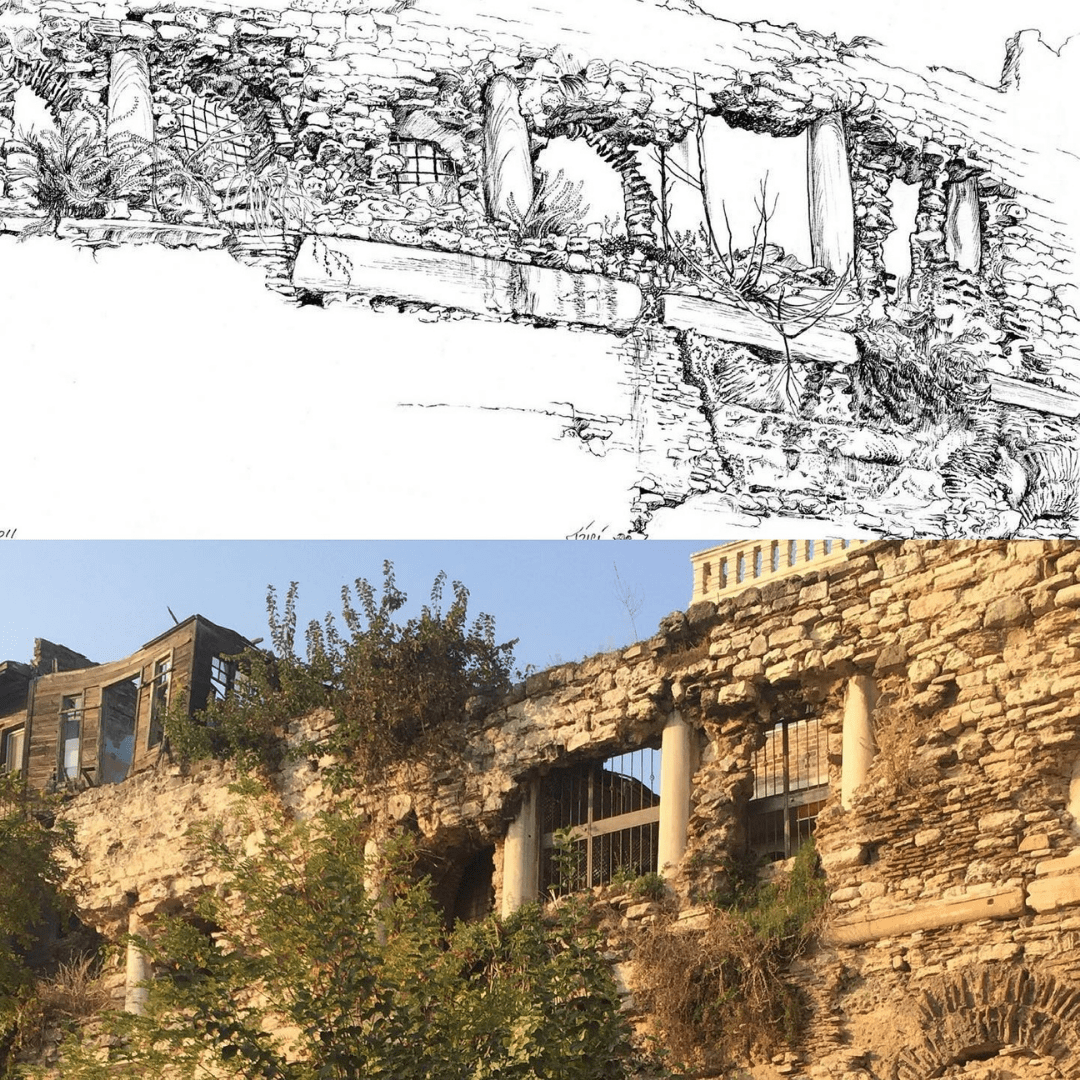 Start your journey today and come back often, as this website is a living entity, always changing as more and more of Trici’s artwork and writing become available for your enjoyment. 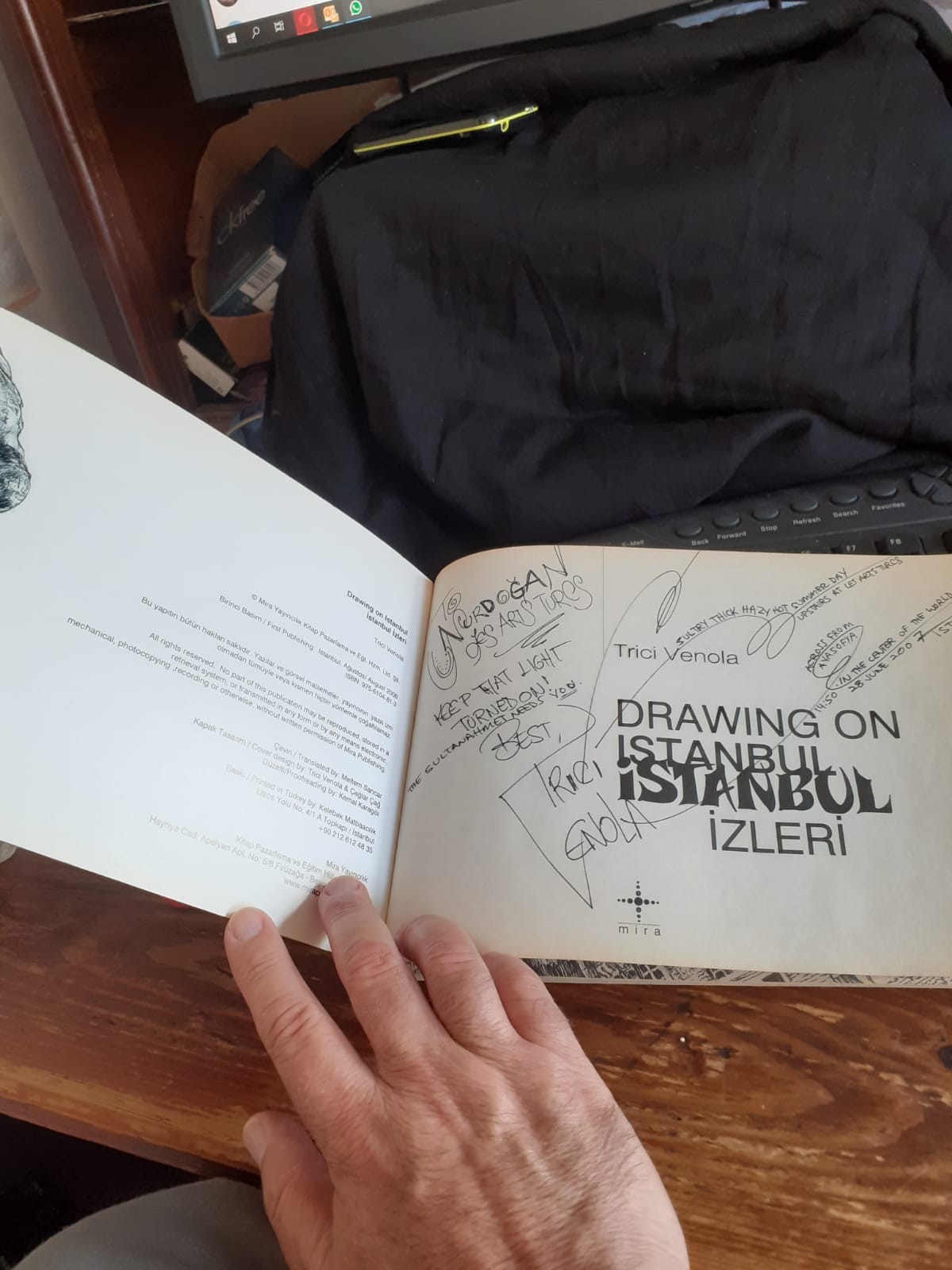 In 1999 I came to Istanbul for the first time after fifteen years in Los Angeles building computer art and fell in love. My love affair with Istanbul involved a divorce, a catastrophic illness, a broken heart and financial ruin. I moved here anyway and started over again at ground zero at the age of fifty and learned how to draw old stone and the people who were watching me do it. I learned about the Byzantines, the Ottomans and the Turks, as well as ancient Anatolian civilizations. Initially, I celebrated this place and eventually wound up documenting it before it changes forever. All my thousands of drawings of the people, architecture, history and culture in Turkey are one giant multifaceted portrait of this place over the past 20 years. 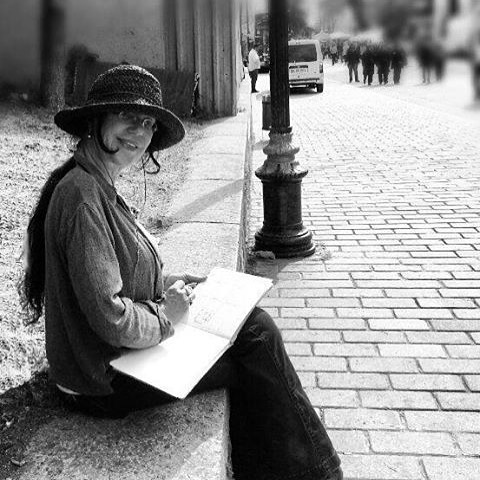 Los Angeles artist Trici Venola comes from a background of hi-profile digital art creation. From 1984-1999 she was a premier digital artist, lecturer and MacEvangelist. In the early days of the Macintosh, she authored a series of art software programs that raised the industry standard and attracted the attention of clients such as Disney, Apple, Super Mario and Paramount Pictures.

During the changeover to digital art in the entertainment industry, she was asked into the studios to teach their artists how to create art on a computer. She was one of the first digital artists to show her work in galleries. Her digital fine art was featured in magazines including the premier issue of Juxtapoz.

In 1999 Trici Venola left the digital world to travel and draw in Turkey. She has been doing it ever since.

Her stories about Turkey have been published in Tales from the Expat Harem (Dogan, 2005), Best Travel Writing 2006 and Encounters with the Middle East (Travelers’ Tales, 2006 and 2008.) She lives in Istanbul.