The 1970s Hippie Trail: drugs, danger, and a magical pudding shop in Asia You may not reach enlightenment, but you’ll see some crazy stuff trying
Meagan Day 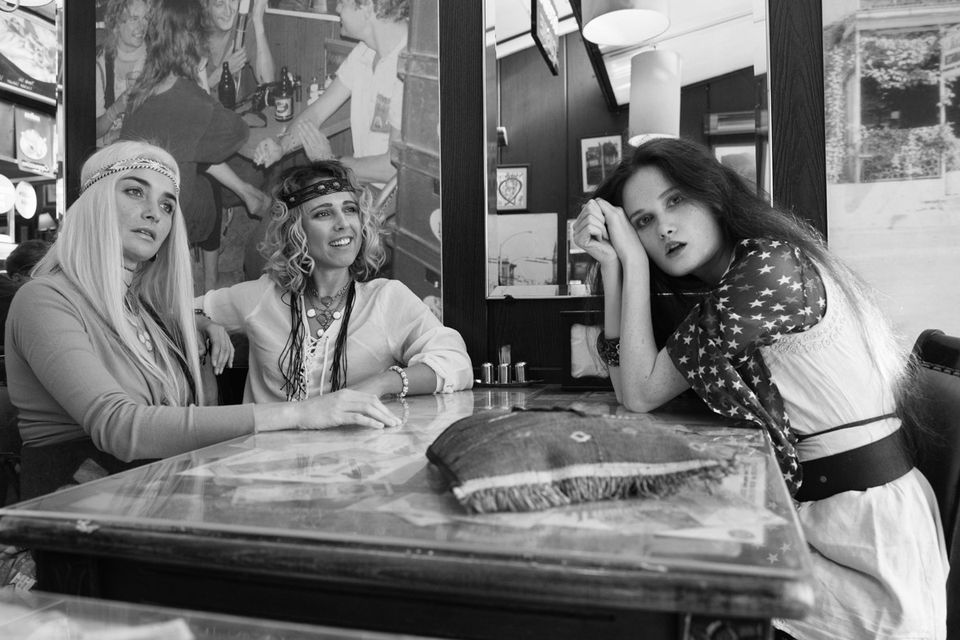 Inthe 1960s and 70s, dedicated American hippies rode buses with Ken Kesey and Timothy Leary, traversing the nation on a perpetual acid trip. But this was lightweight stuff compared to the journeys taken along the Hippie Trail, an alternative Silk Road that wound through Turkey, Iran, Afghanistan, Pakistan, India, and Nepal. There’s still a street in Kathmandu dedicated to these countercultural pilgrims, who traveled the world in pursuit of good hash and spiritual enlightenment: the Nepalis call it Old Freak Street.

Referring to themselves as “Intrepids,” these young, long-haired American and European drop-outs left messages scrawled for each other on the walls of The Pudding Shop in Istanbul, offering travel tips and promising to reunite on the streets of Kashmir or the beaches of Goa. Enterprising locals quickly capitalized on the boom in Western wanderlust, operating low-budget bus fleets (Swagman Tours was known as the “Asian Greyhound”) and dirt-cheap hostels — while pointing young hippies to the best local marijuana sources. Religious leaders even got in on the action, with some Indian and Nepali gurus specializing in transcendental awakening for foreigners. 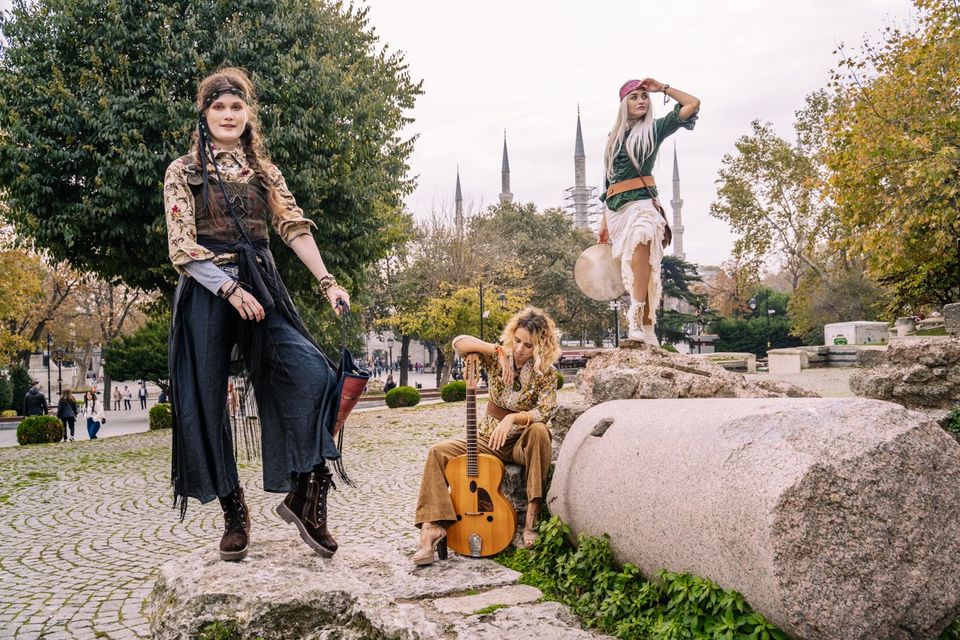 The Hippie Trail reached its zenith in the early and mid-1970s, after two decades of growing Western countercultural interest in nomadism and Eastern spirituality. Kerouac had glorified life on the American road in the 1950s. By the 1960s, Allen Ginsburg had relocated to Varanasi, and the Beatles had moved into an Indian ashram. At home, Eastern aesthetics and philosophies were becoming deeply ingrained in hippie, freak and drop-out culture. Increasingly, hardcore hippies felt the urge to visit the source. Most followed the Istanbul-to-India route, but some detours were common: Jimi Hendrix popularized the Moroccan town of Essaouira, while Australian travelers were especially drawn to Southeast Asia.

“In underground publications such as International Times, Oz, and Frendz we were reading reports of far off, exotic lands where hash was cheap, strong and readily available and where one could exist on as little as a pound a day,” remembers Tony Walton, who left in England to hit the trail in 1973. “On the classifieds pages were ads for overland buses that would take you all the way from Europe to Nepal in just four weeks. The overland route was becoming an increasingly popular rite of passage amongst disillusioned western freaks.” 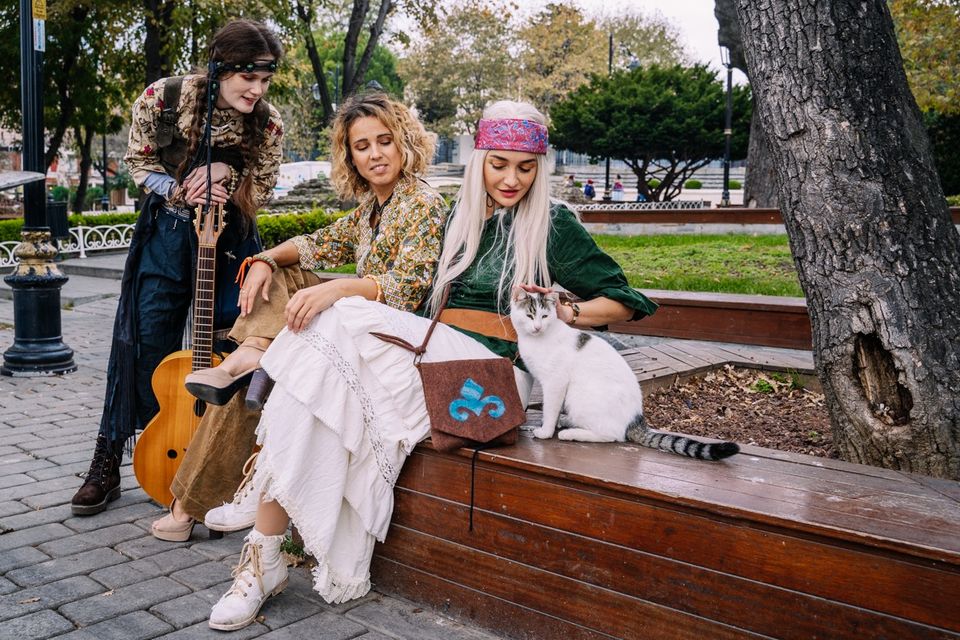 In1972, a married British couple named Maureen and Tony Wheeler hoofed it all the way from London to Singapore. Upon return, they wrote a booklet called Across Asia on the Cheap — the first Lonely Planet travel guide. It told you where to have your “last drag” of pot before you crossed into Iran, and where to donate blood for good money if you were running low on cash. (Another way of recouping expenses, not mentioned in the guide, was to hide hash in a jelly jar and smuggle it back to the West for resale — what came to be known as “Kandahar jam.”)

Across Asia on the Cheap inspires nostalgia not just for a lost cultural moment, but for the ease of travel in countries that are now either inaccessible or too dangerous for Westerners. “In Afghanistan in particular you can get stoned just taking a deep breath in the streets,” it reads. “You can get a magic bus from Lahore direct to Kabul — look for notices in the freak hangouts.”

Head East!, a travel guide published in 1973 with the subtitle “High Adventures in High Places,” recommends spots in Tabriz, Iran where travelers can, “socialize, pick up rides, chicks, guys, etc.” The author also recommends a hotel in Tehran where “the manager is a very cantankerous guy, but he appreciates freaks.” In Meshad, “people are not wired and there is a cooled out vibe about the whole town.”

All this changed in 1979, when both Iran and Afghanistan became off-limits, the former due to domestic revolution and the latter to foreign invasion. The ouster of Iran’s shah was marked with the burning of American flags, and radio stations swapped Blue Oyster Cult for speeches by Ayatollah Khomeini. Westerners, particularly Americans, were no longer welcome. Meanwhile Afghanistan had come under siege from the Soviet Union. The country became a vicious battleground, and paltry American hash and hostel revenue was replaced by significant U.S. military aid to the anti-Soviet mujahideen. 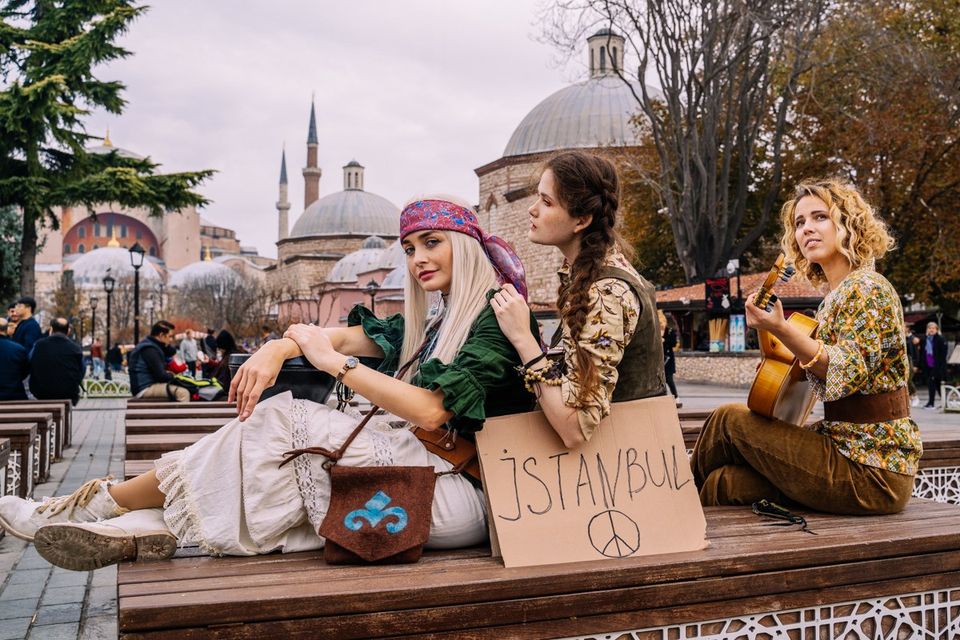 Atthe same time, the counterculture movement in the U.S. was winding down. Economic growth in Western countries slowed, and the “magic economy” that kept drop-outs afloat despite their rejection of mainstream institutions crumbled, forcing many young people back into the normal workforce. A conservative backlash carried Reagan to the White House, the political infrastructure of the American left was in tatters, and hard rock and disco overwhelmed the airwaves.

Today, the main markers along the Hippie Trail are mostly gone. The hippie-friendly hotels of Tehran are no more, and the overland bus lines dried up with the closing of the borders. Istanbul’s Pudding Shop is still open, but it looks like any other Turkish restaurant, save for some faded photographs on the wall. Afghanistan’s Bamiyan buddhas — another major pilgrimage site for hippie travelers — were destroyed by the Taliban in 2001. And the haunts of Old Freak Street in Kathmandu were demolished by the 2015 earthquake.

“We were young, naive and living the dream,” remembers Tony Walton, whose travelogue of Kathmandu features robed monks, black hash, and a delirious fever set to a soundtrack of Hendrix and the Stones. “In those psychonautical times it was all about ‘being here now’ and living as much in the moment as we could.”