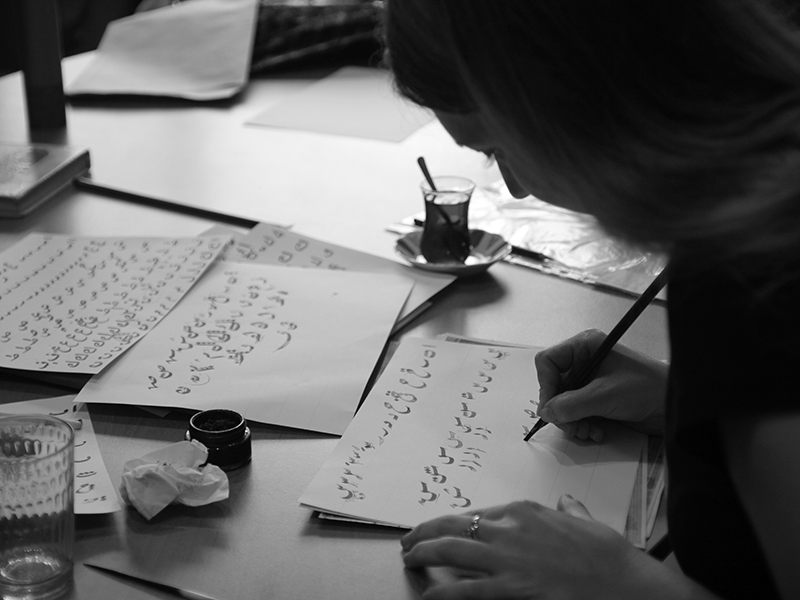 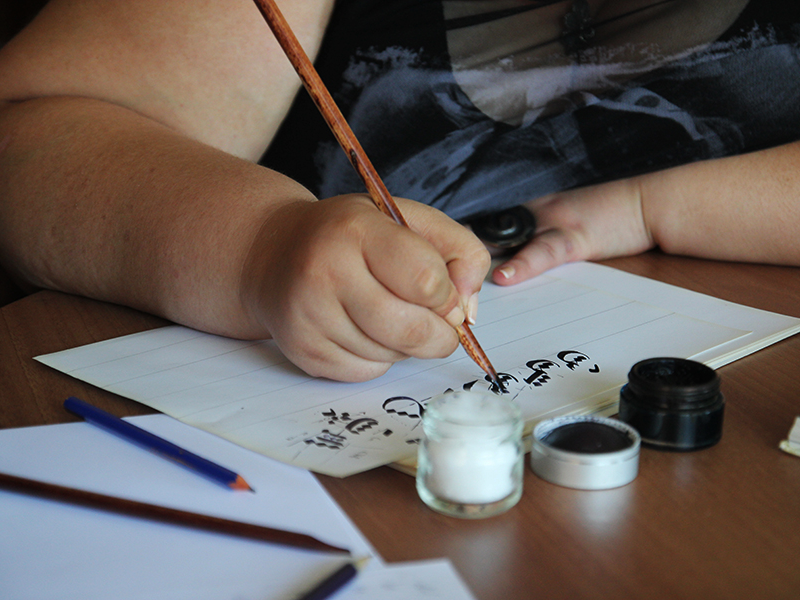 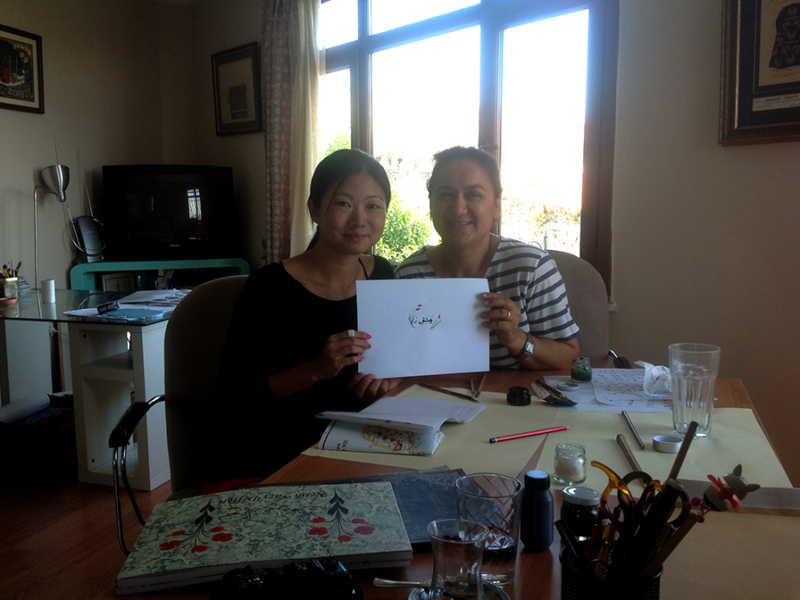 Ottoman – Turkish Calligraphy, also known as Arabic calligraphy, is the art of writing, and by extension, of bookmaking. This art has most often employed the Arabic script, throughout many languages. Calligraphy is especially revered among Islamic arts since it was the primary means for the preservation of the Qur’an.

Ottoman Turkish calligraphy is associated with geometric Islamic art on the walls and ceilings of mosques as well as on the page. Contemporary artists in the Islamic world draw on the heritage of calligraphy to use calligraphic inscriptions or abstractions in their work.

The first of those to gain popularity was known as the Kufic script, which was angular, made of square and short horizontal strokes, long verticals, and bold, compact circles.

The Diwani script is a cursive style of Arabic calligraphy developed during the reign of the early Ottomans (16th and early 17th centuries). It was invented by Housam Roumi and reached its height of popularity under Süleyman I the Magnificent. As decorative as it was communicative, Diwani was distinguished by the complexity of the line within the letter and the close juxtaposition of the letters within the word.

In the teachings of calligraphy figurative imagery is used to help visualize the shape of letters to trace.

The traditional instrument of the Turkish – Ottoman calligrapher is the kalem, a pen made of dried reed or bamboo; the ink is often in color, and chosen such that its intensity can vary greatly, so that the greater strokes of the compositions can be very dynamic in their effect.

In our lessons; we can teach beginner & advanced level Traditional Ottoman Calligraphy & Latin Style Calligraphy in our workshop in istanbul.